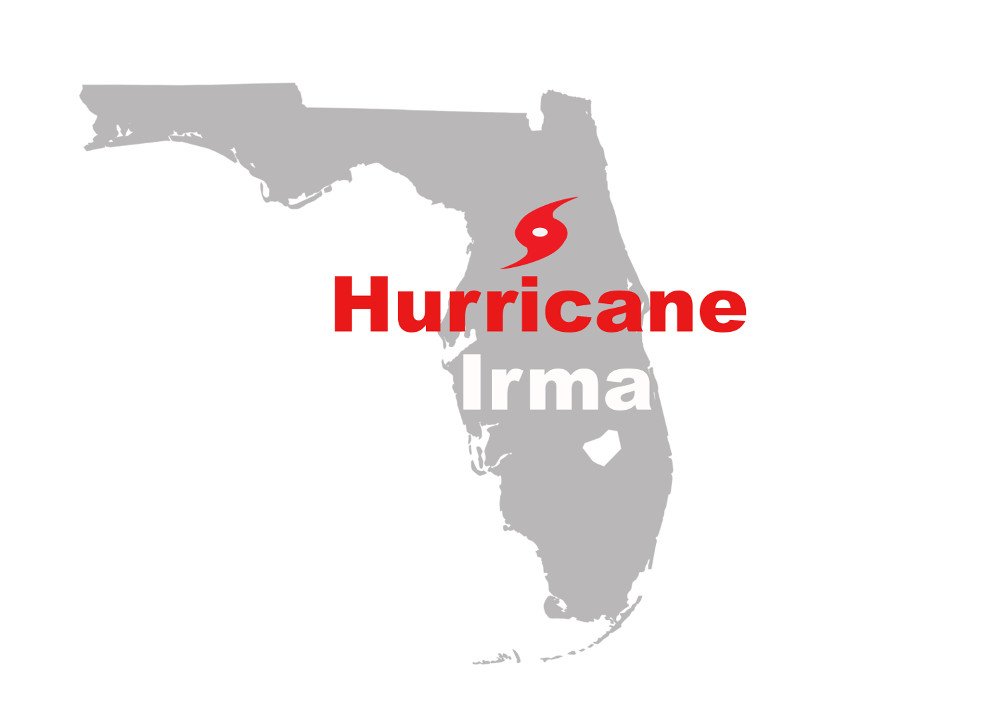 Hurricanes have pelted Florida coastlines over the years, but Hurricane Irma is packing a bigger punch than any past ones. It has winds of 185 miles per hour, more than any other in recorded history. Florida’s location in the Southeastern part of the United States, with the Atlantic on one side and the Gulf of Mexico on the other, makes it vulnerable to hurricanes coming up from the warm waters of the Caribbean and from the Atlantic Ocean. Destruction from hurricanes has resulted in billions of dollars in damage of homes, infrastructure, and human life.

Even though Florida has a history of severe and damaging hurricanes, people have continued to flock there for the weather, location on the Gulf, and diversity. It has been a siren’s song for seniors for the past century. Drawn by the weather and burgeoning senior housing, it has become a mecca for those seeking to retire in the Sunshine state. More retired seniors move to Florida than any other state. Miles of sandy beaches, no state income tax, beautiful coastline, and the weather are prime motivations. In addition, it is a convenient jump-off point for travel across the Atlantic or down to the Caribbean, both favorite travel destinations. The average property tax of less than 10 percent is also a major enticement.

In addition to seniors, tourists drive up the value of real estate as they jockey for the best hotels and resorts, wanting the beaches, attractions and events. Florida has it all – history, culture, and art. From the Everglades to Disney World, Florida has it in abundance.

How Hurricanes Affect the Home Market

Generally, the housing market is affected temporarily when a hurricane occurs. Though it slows shortly after a hurricane, it has, in the past, returned to customary conditions before the storm. Damaged homes are taken off the market after a hurricane, contributing to slowing home sales. Paradoxically, slow sales seem to strengthen the market because there is less inventory, which drive up prices.

The Guardian (https://www.theguardian.com/ustheguardian.com) reports that climate change is going to be a major factor in real estate value in Florida and other coastal states as catastrophic storms are becoming more prevalent. Coastal areas have enjoyed upscale prices in property values as insurance companies are revamping their analyses of how premiums are charged. Flood zone maps were redrawn in 2012 which required policyholders to pay premiums based on the risk of flooding to their properties. (http://www.kiro7.com/news/ap-exclusive-most-florida-flood-zone-property-not-insured/604411311), but many homeowners in affected areas either dropped the insurance or it was overlooked as properties were sold or refinanced. The federal government has plans to be more aggressive in pursuing flood insurance in these areas.

For this reason, investors are looking to capitalize on properties located at higher elevations and are upgrading, updating and bringing higher ground areas back to life, possibly unsettling poorer residents because they will not be able to afford to live there after the gentrification is completed. Investors are concerned about their property values as insurance companies prepare to shift their sights on requiring higher premiums to cover the risks inherent in living in coastal areas. Rising sea levels are causing more elevated areas of Miami to be transformed for the new elite.

….more than 66% of Floridians live in coastal counties

Hurricane Irma, which is buffeting the islands off the coast of Florida, is expected to reach landfall soon. It is another, in a long list of catastrophic hurricanes, to batter the southeastern coast. These devastating storms have economic consequences that are felt by all types of businesses, such as insurance companies, cruise lines and restaurants. According to the Miami Herald, more than 66% of Floridians live in coastal counties, with the highest insurance rates in the country, roughly double the national average for homeowner’s insurance.

Irma is slated to be the biggest hurricane in history in the Atlantic, but previous hurricanes have not been less catastrophic. Five other category five hurricanes have hit Florida:

August, 2005 – Hurricane Katrina caused 14 fatalities in Florida and 1800 in New Orleans. It was a category one in Florida, but became a category five in the Gulf.

Even with category five storms and back to back hurricanes, developers continue to build. New building codes put into operation in 2002 have helped to make buildings more hurricane-resistant for better building performance, but that has not necessarily mitigated the amount of losses. Hurricane Irma will surely be a test of their endurance.

Real estate developers and engineers have taken on more innovative ideas, such as adding parks between buildings in high-rise, waterfront condominium towers for aesthetic purposes, but also as cushions against storm swells. They leave bottom floors empty of residents and put residences on floors above the expected water level during a surge. Buildings feature shatter-proof windows and generators to give residents a measure of security (http://www.miamiherald.com).

Scientific American (https://www.scientificamerican.com/article/high-ground-is-becoming-hot-property-as-sea-level-rises/) declares that property values in Southeast Florida is still one of the strongest markets in the country. As in the example of the water-front condominium development, others are trying to adapt infrastructure to the inevitable rise in sea level in coastal areas. Miami Beach is in the process of positioning pumps to drain water from flooded areas into Biscayne Bay, but they are running into problems with water bubbling up from underground. City officials realize that taxes generated from mortgage holders support the cities, so finding ways to keep taxes flowing into their coffers is to find ways to maintain that tax base through keeping people in place, but as safely as possible.

The least expensive parts of the city have always been the areas at the higher elevations, generally where poorer residents lived. Now these areas may become the most expensive parts of the city. Seemingly, these lower-income areas will factor into the real estate market of the future as climate change plays out across our society as a whole. People are already buying in those areas, and it is expected that it will only increase.

When a hurricane is bearing down on Florida, both buyers and sellers are negatively impacted because insurance companies stop issuing insurance policies during an impending hurricane and resume when the danger has passed. For people in the middle of a sale or purchase of a property, it causes a delay, which delays the closing. Mortgage companies will not lend money on a property that is not insured. That is why it is important to lock in insurance as soon as possible after opening escrow. (http://www.freepatentonline.com)

After all is said and done, people want to maintain the lifestyle they envision for themselves, and Florida offers all the bells and whistles. As Americans, we have a difficult time accepting limitations of nature. That is why people rebuild in fire prone areas after their houses have been burned to the ground, or build on mountaintops after their homes have been obliterated in a mudslide, or build in the same spot where their homes have been washed away by flood waters. Some people have a stubborn pride that will not allow them to throw in the towel. So, I think it is safe to say that real estate values in Florida will remain constant, if not increase. Zillow is forecasting that home values in Florida have increased this past year and will continue to rise. There is nothing in past statistics that would indicate otherwise. The market appears strong for both rentals and purchases.

The Resiliency of Floridians

Realtors are some of the front-liners in promotion of the state, especially since the proliferation of the internet. The slick photos and dazzling descriptions make people want to come and see. They can alert their clients to possible market reactions from stakeholders in the home purchase process to help prepare them for the successful completion of escrow. As we head into unchartered waters of back-to-back catastrophic storms, climate change debates, and rising coastal levels, it will be interesting to see the resiliency of Floridians who are affected as well those who are unaffected..

Hi, my name is David Wolf. I'm a local real estate investor & agent and I love the Florida community. If you have a house you want to sell, then I want to make you an offer to buy it.

Do you have a house in Montana?

We're now looking for properties in Missoula and the surrounding area. Click here

“I should have done this a long time ago, but you just never get around to it. We needed some money for my wifes medical issues and Mr. Wolf was extremely understanding about our needs. He worked with us to be able to close fast so we could get the funds that we needed” – John G (Thorton Park Home living in Canada)

“We got a lot of we buy houses flyers in the mail because we were an absentee owner, but nobody really made me feel comfortable about selling our home this way. David made it super easy to do and kept his word. We closed in two weeks and it only took that long because we waited several days to see if we could get a better offer. We couldn’t” – Stephanie J. (Absentee owner of a home in Altamonte, living in Georgia)

Get Your Fair Cash Offer: Start Below!

We buy houses in ANY CONDITION. There are no commissions or fees and no obligation whatsoever. Start below by giving us a bit of information about your property or call 941-231-6614...